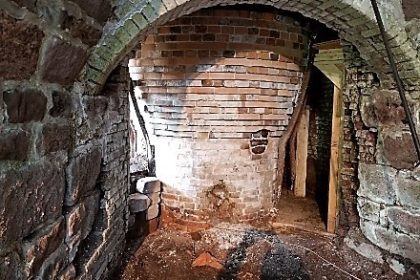 Morgantown, PA . . .  2019 has been a banner year for restoration and preservation projects by the Hay Creek Valley Historical Association at the 228-year-old Joanna Furnace Ironworks near Morgantown. Approximately $300,000 will be invested this year to bring the charcoal furnace back to life through several restoration, preservation and research projects . . . preserving the blast furnace bosh, rebuilding the wheelwright shop and installing shutters on the office/store. In addition, a team from Kutztown University Department of Anthropology & Sociology is working on an archaeological study in the cellar of the Office/Store before installing a brick floor.

Ron Schlegel, President of the Hay Creek Valley Historical Association states, “Every project we undertake, within the historic area, follows the rigorous National Historical Standards as defined by the Federal Historic Preservation Guidelines. It’s these guidelines that define specific techniques, methods, materials and the required research. The federal standards drive how we execute projects. Following the rigorous Historic Preservation Standards will ultimately benefit the site when we work to obtain the coveted National Historic Landmark Status for the Joanna Furnace Ironworks in the future.”

Restoration of the Joanna Furnace Wheelwright Shop is set to begin. After almost 15 years of exhaustive research by Hay Creek archaeology volunteers, the original stone foundation has revealed the footprint of this historic building. This mortise and tenon frame structure was about 17 feet by 24 feet. Executive Director Mark Zerr said “It stood until the late 1940s. Mainly it was a woodworker’s shop. It was the wheelwright’s responsibility to keep the company’s wagons ‘on the road’. His job was to construct wheels, spokes, hubs and even the wagons that would haul the charcoal, iron ore and limestone to the site and ultimately transport the finished iron products to market.”

Because only one partial photo of this building exists, Hay Creek preservationists had to rely heavily on archaeology to create a complete reproduction of the structure. The archaeology team uncovered many artifacts over the years but the critical discoveries for the reconstruction were the foundation size, broken glass which indicated window placement, door size and roof material (over the years there were three roofs-two of beaver tail tile and the final of slate). The old partial photo added visual evidence to the fact it was made of board and batten construction like the blacksmith shop across the road. The photo also gave the restoration team a gable end view which enabled them to establish the exact dimensions of the building as well as the pitch of the roof.

The Joanna Furnace Wheelwright shop is expected to cost approximately $115,000. The Hay Creek Valley Historical Association thanks an anonymous donor family who will be underwriting the major portion of this restoration project. This restoration donation honors the tradition of their father, grandfather and great-grandfather who were themselves, wheelwrights. This building will be completed in fall 2019.

Phase one of the Joanna Furnace bosh preservation has been completed. The Joanna blast furnace is unique among most of the remaining charcoal iron furnaces in Pennsylvania. It has one of the only ‘period’ boshes still in existence. This bosh, rebuilt before the last blast in 1898, makes Joanna Furnace an extraordinarily unique and valuable historic site.

The bosh is the firebrick lining of the lower funnel-shaped section of the blast furnace lining. This is where the temperatures were the hottest, exceeding 3000 degrees Fahrenheit. Because of severe wear the bosh was rebuilt every nine to fourteen months for as long as the blast furnace was in operation.

The bosh project phase one was underwritten by a PHMC Keystone Historic Preservation Grant, a grant from the Berks County Community Foundation, National Historic Preservation Appell grant, along with the friends and members of the Hay Creek Valley Historical Association.  The work on this valuable artifact was performed by the International Chimney Corporation of Buffalo, New York, famous for successfully relocating the Cape Hatteras Light House.

What you can read next 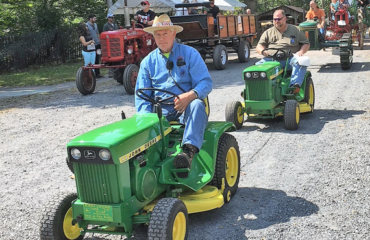 Register today to bring your antique car, tractor or engine exhibit to the Hay Creek Festival 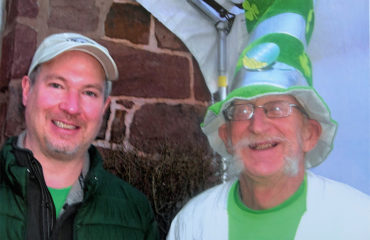 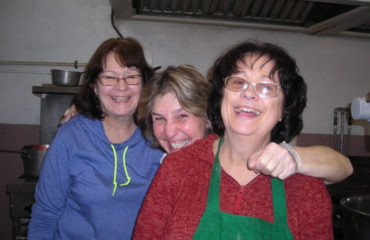